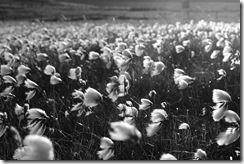 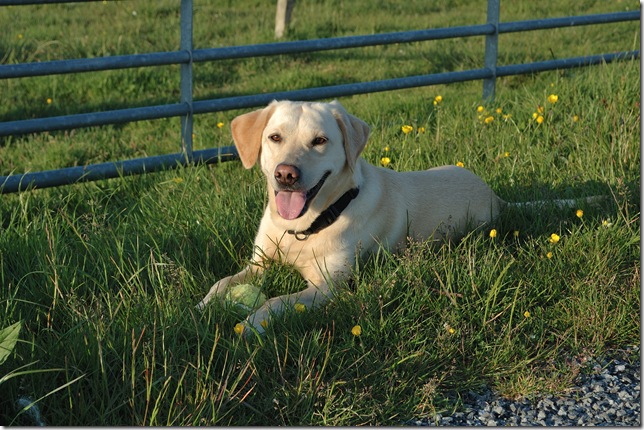 Holly relaxing by the gate having chased down the tennis ball!!

Thought it was time I posted a pic of the geese with their goslings. This was taken a couple of weeks ago, when there were still 6 goslings. Unfortunately we are now down to 3, not entirely sure what happened to them but strongly suspect predation by crows/ravens/blackbacks. Given how aggressive the geese are towards us I’m surprised that anything got near enough to take and of the youngsters.

We have also lost one of the ducklings but that still leaves us with 15, so we’ll not want for duck meat over winter!

Lambing nearly finished – just one ewe left – so far we have 14 lambs from the 9 that have lambed. Had one problem ewe who had mastitis and didn’t have enough milk for both lambs, so we’ve had to start bottle feeding one of them. Lamb is now in the byre with another lamb from a friend as we didn’t want her to be on her own. They’ve taken to the bottle fairly well and are doing OK. 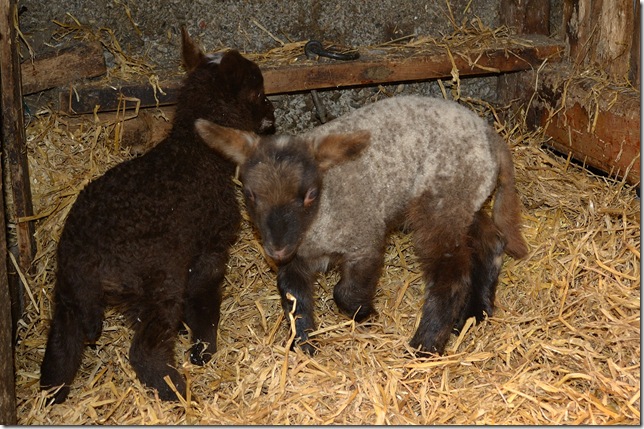 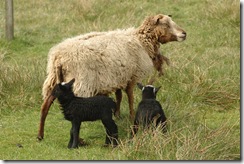 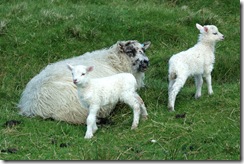 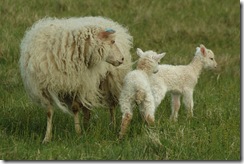 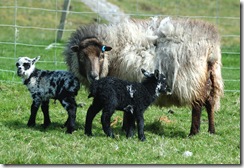 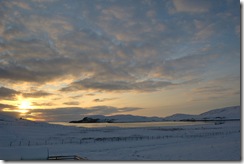 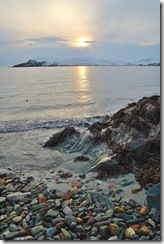 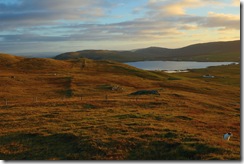 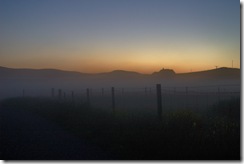 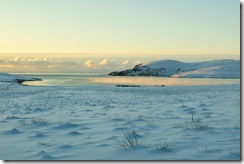 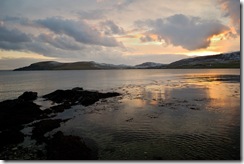 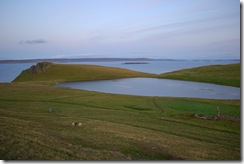 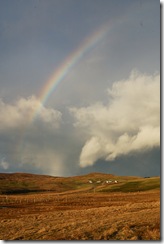 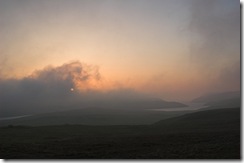 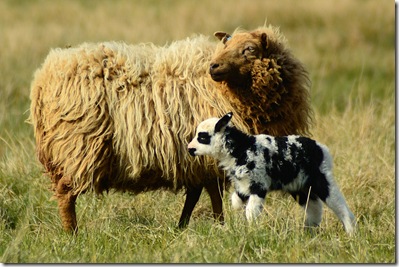 Fourth lamb of the season – a ram lamb born to Crunchie

All tatties now planted on the rigs, lots of varieties – Red Duke of York, Sharpes Express, Anya, Charlotte, Yukon Gold, Rooster, Cara and Roseval – should be enough to last the year if the blight doesn’t get too bad.

First lambs of the year born today – Ebony, a gimmer, had twins, think one ram and one ewe but will need to check for sure, ram is pure black and the ewe lamb is panda like! 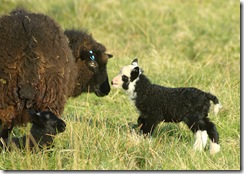 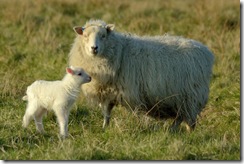 Any there’s plenty to be done on the croft. Waiting for the ewes to lamb – thought one had lambed earlier today but turned out to be a rock! Have put muck on the rigs for kale and leeks and rotovated it in, just need to mulch it with a layer of silage and it’ll be ready for planting. 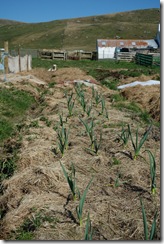 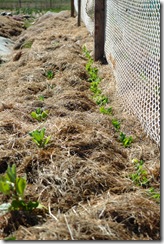 Sunny cloudless skies to say goodbye to April, and I’m on holiday for 2 weeks!

Planted out early peas and broad beans onto the rigs, late peas are not quite ready for planting out yet

Start planting prairie garden, day lilies which have been growing on in the polytunnel for the last year will now have to survive in the great oudoors. Also started clearing the mud and grass from the old well/spring but it will need to drain for a bit before continuing. 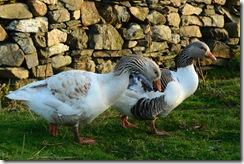 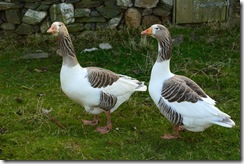